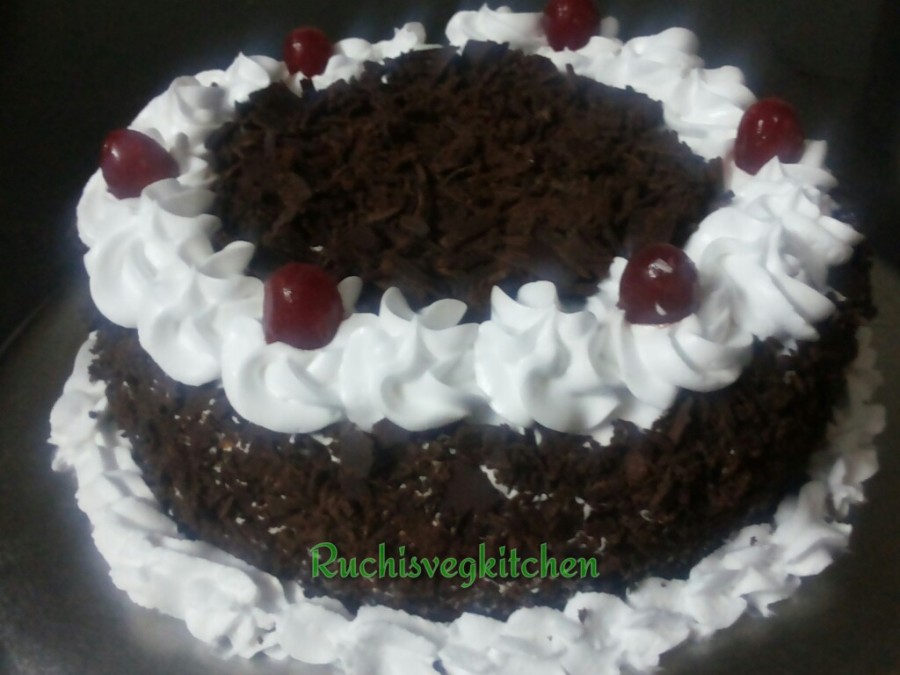 Black forest cake is wonderful example of German baking tradition. A different chocolate cake with a high layer of cream. A Perfectly moist, spongy and delicious cake with flavours of Strawberry and Cherry.

Prepared this cake on Hubby’s birthday as he loves chocolate. Though his favourite cake is butterscotch cake 🙂 :), he loved this.
INGREDIENTS: 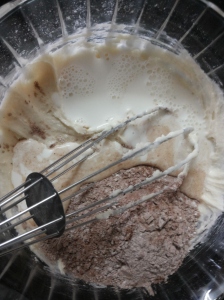 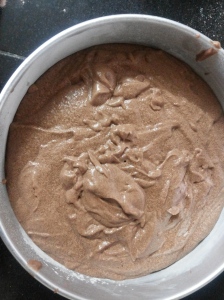 In a bowl, add the cream and beat it until soft peaks. Now add in the sugar, Vanilla Essence and then whip until stiff peaks.

Take ½ cup cherries and remove the seed of it.

Peel the chocolate using a peeler to make the shavings. Then refrigerate until use.

Take the sponge and level the top. Now cut the cake into 2 layers using a big knife. Transfer the layers to a plate. To make sugar syrup take 2 tsp sugar and 7-8 tsp water. mix well till sugar dissolve. 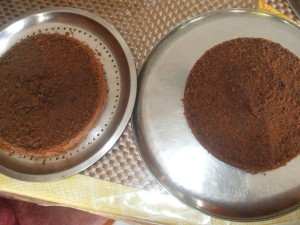 Take a bit of cream and apply on bottom now place the bottom most layer, spread 3-4 tsp syrup, now make a thick layer of whipped cream, now some chopped cherries and strawberry crush. Place the second layer and repeat the step of syrup.

Now take a big dollop of cream and place on top..Now spread the cream using a big knife/palette knife. After spreading the cream on top, spread some cream in sides using the big knife and then freeze the cake for 30 mins. 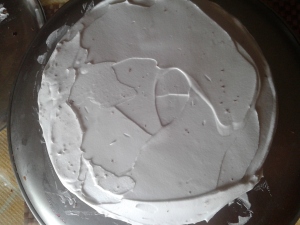 Now for the final icing: take a big dollop of cream and spread it on top as well as on sides using a big knife/palette knife.

Add the remaining cream in a piping bag, make rosettes in top..Sprinkle chocolate in sides as well as in top.. And also make a border in the edge.. 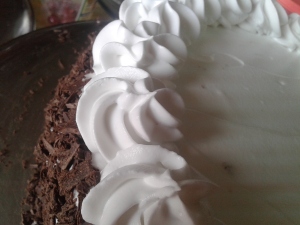 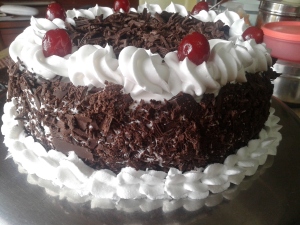 Put the remaining cherries in the top.

Refrigerate for at least 3-4 hours  and enjoy!

Hope you will love this cake .
Happy Cooking 🙂 🙂

This site uses Akismet to reduce spam. Learn how your comment data is processed. 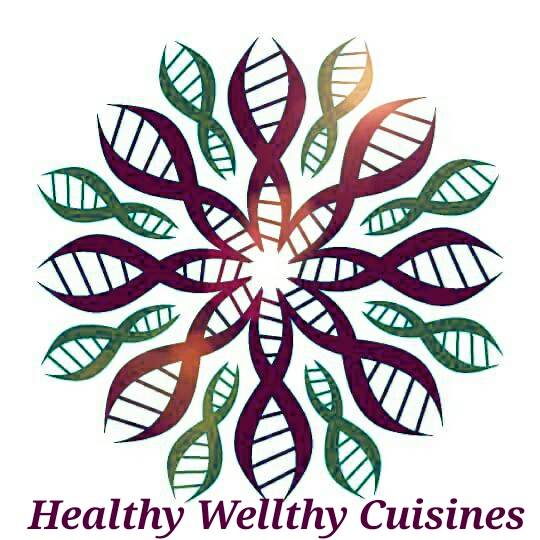 I am an Indiblogger